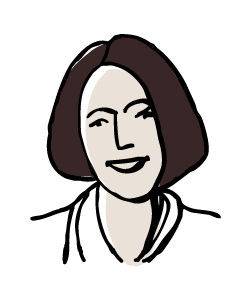 Benefits Of Hiring A Truck Accident Lawyer
24 May 2022

Hiring a truck accident lawyer to help you file a …

Semis account for a smaller percentage of road cra …

Apart from causing serious damage to your car, mot …

How Do You Find Proof To Support An Accident Claim?
11 November 2021

Assigning liability is one of the core issues in a …

Whether you're involved in a minor accident or a s …

Assigning liability is one of the core issues in accident cases. If you're pursuing damages against another driver, you might wonder how you're ever going to prove they were liable. An accident lawyer will want to look at these 5 possible sources of evidence.

Damage to the Vehicles

The vast majority of injurious accidents leave the involved vehicles with notable and visible damage. For example, a lawyer should be able to discern where one vehicle collided with the other first. They will look at where the bodies exhibit damage and at what angles. Also, a lawyer will want to take pictures to ensure evidence doesn't disappear if a salvage company junks the vehicles.

Similarly, an attorney will check out the police report. Generally, a cop will investigate the incident and note what appears to have happened. Police have experience reporting on accidents, and their reports often flesh out details that are evident even a day later. Also, it's hard to refute a cop's report, and it will provide extra weight to the claim.

The persistent presence of cameras in modern society means there's a decent chance at least one camera captured an accident as it unfolded. Traffic cameras, for example, offer readily-available footage in many jurisdictions. An accident attorney might also canvas the area and speak with witnesses to learn if anyone had a cellphone recording at the time. Even ATMs cameras sometimes record incidents.

When looking at a victim's injuries, an accident lawyer will often note where and how they occurred. If someone sustained more injuries on one side of their body, for example, that may indicate the direction of the collision. Similarly, the damage to the victim's body often indicates the speed of the collision.

Vehicle accidents often leave evidence at their scenes. Tire marks, for example, indicate when and how long someone was hitting the brake. Their absence may demonstrate a defendant never reacted.

Similarly, vehicles will often damage road surfaces, barriers, and other surrounding features. This can provide a robust picture of the sequence of events. This is especially important if a few things happened before the collision, such as a driver losing control and then trying to regain it.

Although witness testimony isn't likely to be the backbone of a claim, it helps. Suppose 10 different people report seeing pretty much the same thing. It's hard for the defendant or insurer to contradict so many witnesses. Also, witnesses often have different vantage points, and one may be able to fill in a gap.